This versatile spice, also known as Achiote is used in Latin American rice dishes, English cheese manufacturing, and Vietnamese braises – and it looks like a poisonous alien life-form in the wild.

The bright reddish orange spice comes in two forms; paste and powder, and has a peppery aroma and a subtle flavor described as nutty, sweet, and earthy.

Native to the tropical areas in the Americas, its used in Mexican, Central and Northern South American cooking.

But it doesn’t stop there – it’s also a great compliment to round out lemongrass, star anise in South East Asian dishes in places like the Philippines and Vietnam.

We love it in the Vietnamese noodle dish Bun Bo Hue (move over Pho). 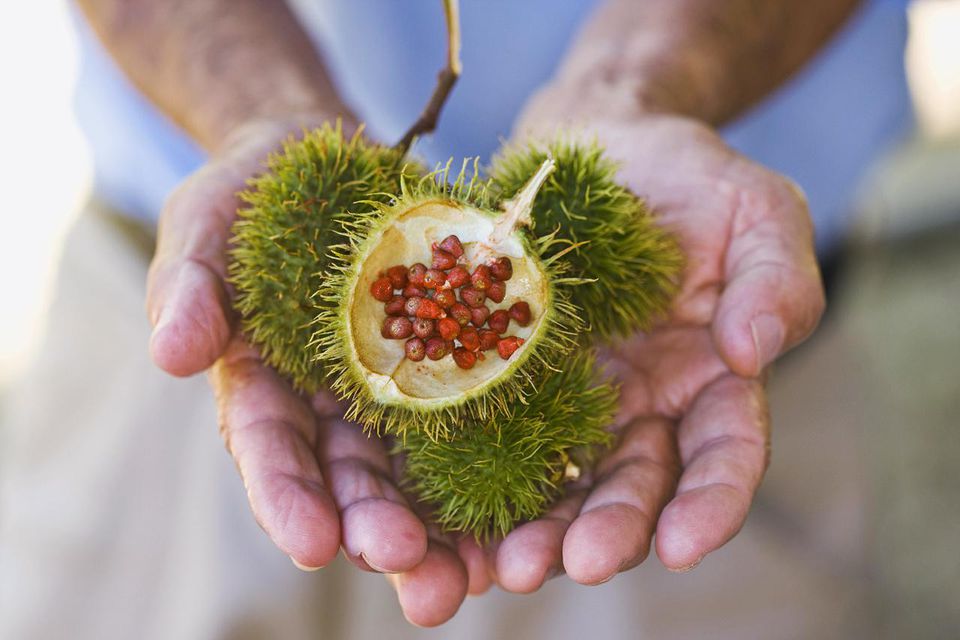